The pictures on this web page were all taken exactly 24 hours before a person took their own life in the picture's location. They all share a common trait in that a strange hound-like creature can be seen in the background. When interviewed, people included in the pictures do not recall seeing the creature in person, but some victims claim to feel a sudden rush of overwhelmingly negative emotions merely seconds after the picture was taken.

Witnesses commonly say that it has the appearance of a dog (if a child were to draw a dog, if you ask me...)

Due to the high suicide rate in the country, the pictured locations are commonly somewhere in Japan.

The Aokigahara forest in Japan is commonly referred to as "the suicide forest", so it is no surprise that a few of these entries are in such a location. Unaware tourists, amateur photographers and YouTubers will take these photos within the forest and immediately regret their decisions. 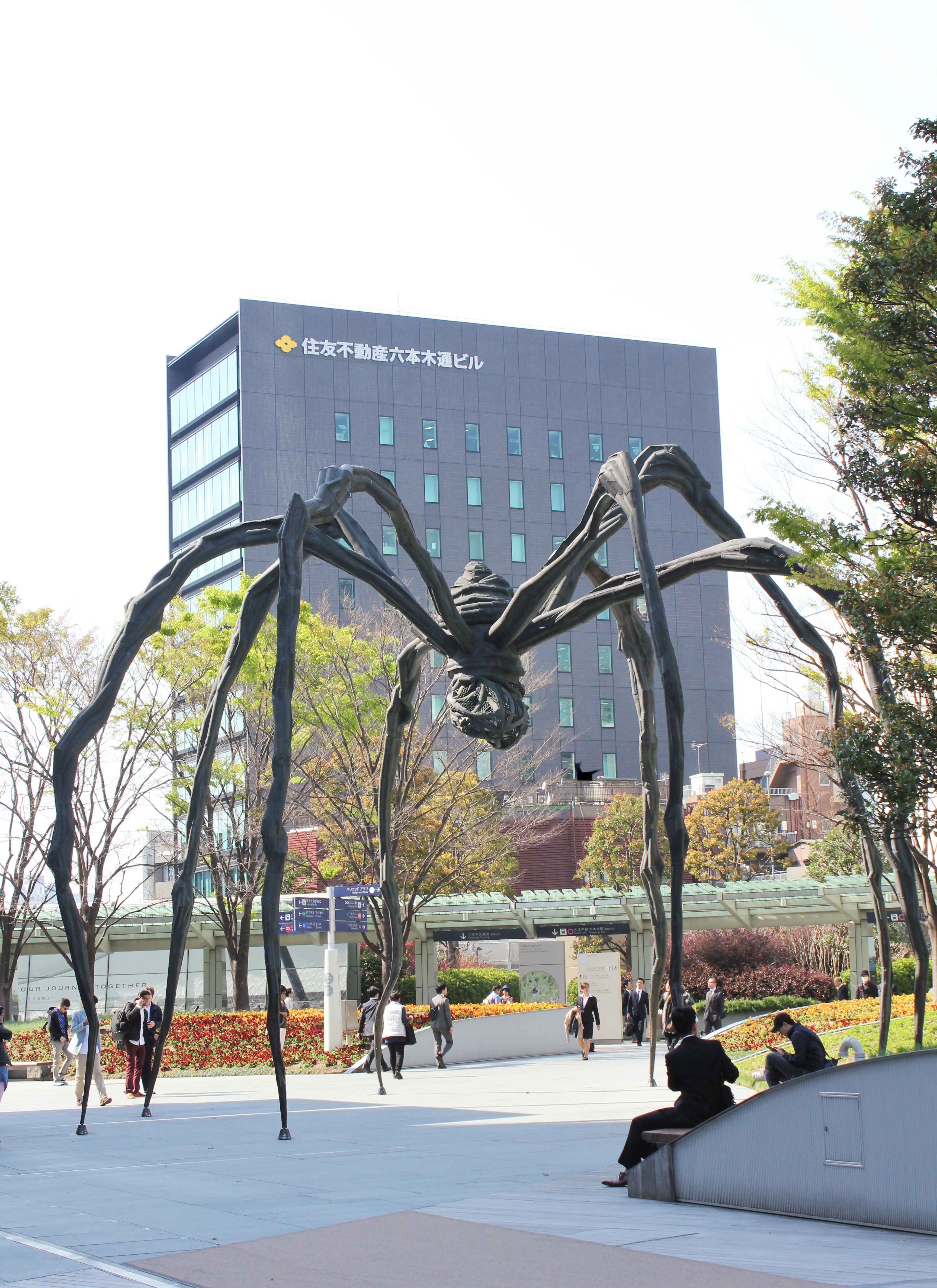 While on a work trip to Tokyo, Richard Clements took a picture of the Roppongi sculpture in Tokyo to send to his wife who lived in Vancouver. 24 hours later, he walked briskly and without care off the top of the high-rise building in the shot. Police dismissed the creature as a prank.

The family members in this photo have requested that I remove their faces from the shot to protect their identities.

In this picture the creature is seen to be at least 50 feet tall, and to reiterate, the photographer and the family members have no memory of seeing it at the time.

The victim was the father, seen second from the left.

Although present, the entity is extremely small in this picture and if you weren't looking for it you'd probably miss it altogether.

Witnesses claim the victim just walked into the pond and did not resurface. Post-mortem indicates the victim did not struggle to breathe whatsoever, and it was "as if they were dead before they hit the water"